Henri Michaux was a French writer, painter and graphic artist whom was born in the Belgian town of Namur in 1899 and spent his childhood in Brussels. He wanted to become a priest, but followed his father's wish and began to study medicine in 1919, but soon abandoned this plan and signed on as a seaman. After reading works by Lautréamont he began writing in 1922. His acquaintance with Paul Klee, Max Ernst and Giorgio de Chirico, whom he met in Paris in 1925, inspired him to his first painting and drawing attempts. Between 1927 and 1937, he travelled through South America and Asia. Afterwards Michaux sketched and painted his "Phantomisms". Michaux had his first exhibitions in Parisian galleries, followed by important shows abroad. In the 1950s Michaux began experimenting with hallucinatory drugs, particularly with mescaline, letting his experiences inspire his writing, painting and drawing. These works were first exhibited in 1956 at the Galerie La Hune in Paris. Then there was a large exhibition at the Palais des Beaux-Arts in Brussels in December 1957 and a retrospective exhibition organised by Daniel Cordier in Frankfurt in 1959. His ink drawings evoke scriptural elements and calligraphic symbols which are a seismographic reflection of the artist's inner emotions. The two systems of word-language and sign-language pervade each other. Henri Michaux's impressive oeuvre attracted much international recognition. He exhibited works at the "documenta" in Kassel in 1959 and 1964; he was awarded the Einaudi-Prize at the Biennale in Venice in 1960. The Museum of Modern Art in Paris and the Guggenheim Museum in New York both had major shows of his work in 1978. Henri Michaux's paintings always remained figurative, in spite of all tendency towards abstraction. The artist's intention was not to flee from the world, but to expand the world by changing the awareness. The real world was to be enhanced by additional levels of perception. Henri Michaux died in Paris in 1984. 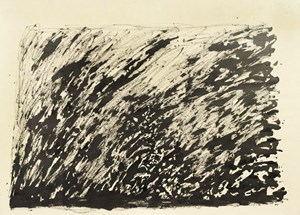 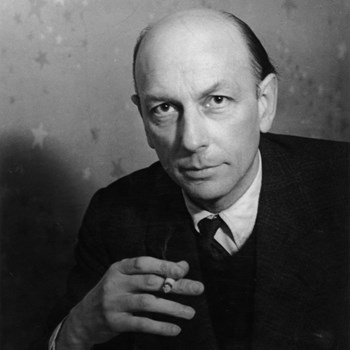