Rik Wouters was a Belgian painter, watercolourist, draughtsman and sculptor of portraits, figures, landscapes and still-lifes. He is the protagonist of the "Brabant Fauvism" in Belgium. He obtained his first technical experience at his father's furniture atelier. Afterwards he studied draughtsmanship at the Academy of Mechelen from 1897 until 1900. Finally he completed his artistic studies at the Academy of Brussels from 1900 until 1908. Rik Wouters was a painter autodidact. He received artistic advice from the Fauvist painter Ferdinand Schirren, whom influenced him greatly in the development of Fauvist watercolouring. During his stay in Brussels he met with Léon Thumilaire, Edgard Tytgat and Nel Duerinckx, whom he married in 1905. Rik Wouters was merely influenced by the works of James Ensor and Paul Cézanne in 1909. He obtained national success during his exhibition at the renowned Galerie Georges Giroux in 1912. He was a member of "Kunst Van Heden". At the beginnning of the First World War, he ended up in a mental hospital in The Netherlands, eventually he died at the age of 33 in 1916. 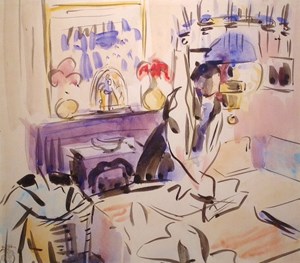 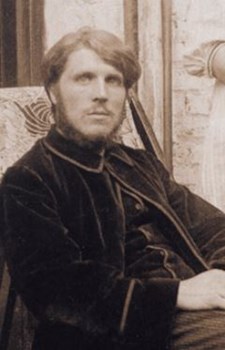