Turi Simeti started working as an autodidact when he arrived in Rome from Sicily in the 1950s. Rome at the time was one of the most dynamic artistic and cultural spots in Europe. His first art works consisted of collages of fabric, paper and cardboard, in a serial repetition. In the mid-1960s he moved to Milan where a new artistic scene was emerging. He joined the members of the "Zero group", such as Enrico Castellani, Agostino Bonalumi, amongst others. In 1965, Simeti was part of the young generation of Italian artists reunited in the Zero Avantgarde show organized at the Lucio Fontana’s atelier in Milan alongside Heinz Mack and Otto Piene and many other art pioneers from Europe, South America and Japan. This was a turning point in Turi Simeti's career, who then started holding solo shows, with a particular audience in Germany and Switzerland, and later in Brazil where he lived from some time. Turi Simeti is now very active at the international level. His works are part of important public and private collections and numerous exhibitions are dedicated to him in Europe, South America and in the USA. The repetition of a module, which is the essence of Turi Simeti's work, draws upon the lesson of Alberto Burri and Lucio Fontana. The monochrome and the modification of the flat surface of the canvas are his distinctive signature. Driven, as the other contemporary members of the Zero group, by a will of zeroing tradition, Turi Simeti uses the ellipse as the main geometrical form around which his visual research is built. Turi Simeti managed to maintain a deep coherence and his production stands out for the use of canvases which surfaces are shaped, altering their classic tension. 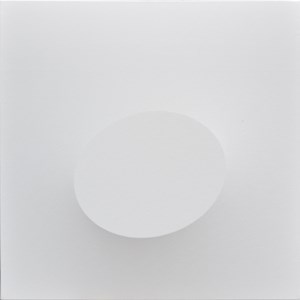 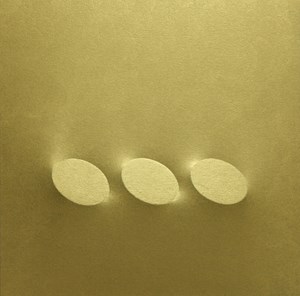 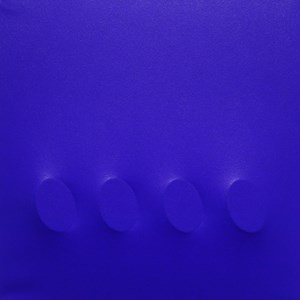 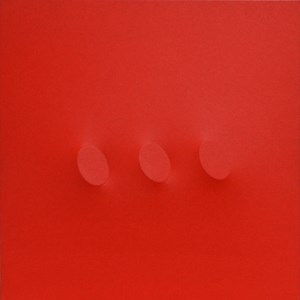 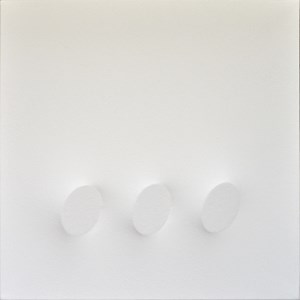 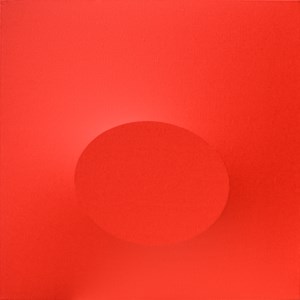 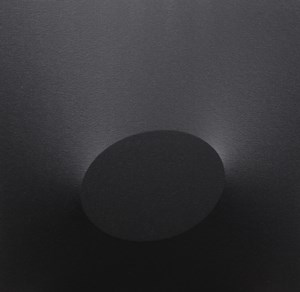 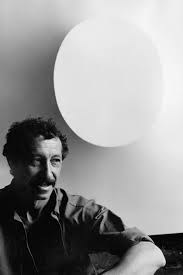